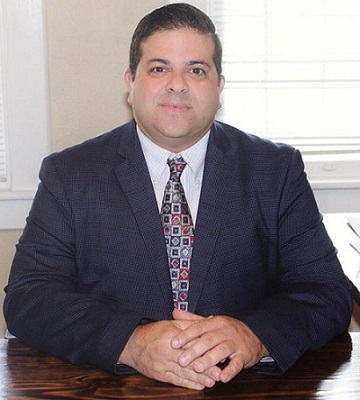 I was born and raised in Bensenville, Illinois, a town just outside of Chicago. I attended The University of Texas at Austin and graduated in 2009 with a degree in Public Relations. I then attended law school at St. Mary’s University School of Law in San Antonio and received my law degree in 2014; I also became admitted to practice law in the State of Texas in 2014. I joined Khattar Law in 2016, and throughout my legal career, I have practiced solely as a Personal Injury Attorney, representing injured individuals in car accidents, trucking accidents, slip and fall cases, and other personal injury matters. My hobbies include traveling with my wife, playing golf, playing bar trivia, and rooting on the Texas Longhorns sports teams. I attended the University of Texas at Austin, with a Bachelor of Science degree in Public Relations, I completed this education in 2009. I then perused further education at St. Mary’s University School of Law and received my Juris Doctor degree in 2014. My position at Khattar Law is specializing in personal injury, I joined this business in October 2016. My personal interests include traveling, hiking, reading, bar trivia, and cheering on Texas Longhorn athletics.