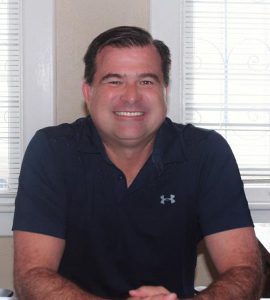 Jason Khattar was born in Windsor, Ontario, Canada, and raised in Farmington, New Mexico. He is a 1992 graduate of Thomas Aquinas College in Santa Paula, California, and a 1995 graduate of St. Mary’s University Law School, here in San Antonio. He has been working with Mr. Goldner since 1992 and has been practicing law at his firm since 1995. Mr. Khattar has extensive experience in personal injury and social security law. He has recovered millions for injured and disabled South Texans and their families. Mr. Khattar became an equal partner in 1999. Mr. Khattar is a frequent speaker for the State Bar of Texas on issues involving law office management, the “paperless office” and other legal/technical topics. Mr. Khattar lives with his wife of 20 years and their 3 beautiful children. He is an active member of St. George Maronite Church and within the Catholic community at large.