How Can A Fort Worth Car Accident Lawyer Help You?

Being injured in a motor vehicle crash due to someone else’s negligence is among the hardest experiences a person can go through. In addition to recovering from your injuries or helping a loved one who’s been injured, you’ll be required to collect and submit documents to establish a strong claim so you can receive a fair settlement. It is not easy to build a strong case, but a Fort Worth Car Accident Lawyer has the knowledge, skill, and resources to help you.

Car Accidents Are More Common That You Think

Being a cautious driver is not always enough to avoid crashes because you are sharing the road with other drivers who may not be as careful as you. According to data from the Texas Department of Transportation, more than 550,000 accidents occurred in 2016. The number of traffic fatalities was 3,773. There was not a single day in 2016 where there wasn’t a fatality on Texas roadways.

The high number of injuries and deaths can be attributed to any of a number of causes.

According to the Texas Department of Transportation, among the most common factors leading to motor vehicle accidents are the following:

A Fort Worth Personal Injury Lawyer has the experience to help you find your way to recovery—both physically, mentally, and financially. A traumatic car accident can leave you or a loved one with any of the following  problems:

Can I afford a Fort Worth Auto Accident Attorney?

An all-too-common misconception is that it’s too expensive to hire a lawyer to help you with your auto accident claim. Don’t let this idea keep you from seeking legal representation from a Fort Worth automobile injury lawyer.

First, the majority of law firms offer a free consultation to evaluate your case and answer all your questions.

Second, many law firms work on a contingency basis, which means that they only get paid if successful reaching  financial compensation for your car wreck.

What to do after a Car Accident inFort Worth

While you’re likely to be shaken up after a car accident, doing the following things can help protect your legal rights and increase your chances of a favorable personal injury settlement:

Statute of limitations in Fort Worth, Texas 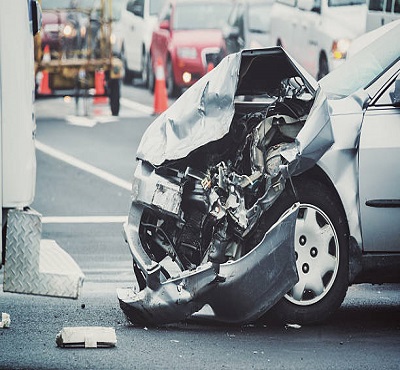 A person who has been injured in a car wreck should be aware that there is a limit on the time you have to file a lawsuit. In Texas, the statute of limitations for personal injury claims—including car wrecks—is two years after the date of the accident. There are some rare exceptions, which include the following:

While two years sounds like a lot, settlement negotiations can take a substantial amount of time. Don’t get caught at the end of the statute of limitations period without a Fort Worth car accident lawyer, who will help you secure an excellent chance of a successful outcome. Contact a law firm because the majority offer a free case consultation to assess your case.

What exactly will attorneys do for me?

An experienced attorney in Fort Worth will review the circumstances of the accident, create a plan for medical care, and pursue compensation for things like medical expenses, lost wages, and pain and suffering. The lawyer will also gather evidence to show that the other party was negligent. Finally, a law firm will also work with and, if need be, fight insurance companies and their adjusters who are making it hard to fight a claim. If required, attorneys will negotiate fair compensation.

What compensation can I recover for my car wreck?

This claim depends on many factors, including how badly you were injured and the percentage of fault that was allocated to you for the accident. Unfortunately, there is no magic formula to determine the dollar amount. In general, the more severe your injuries, the more compensation you may be able to receive.

Will I have to go to court if I file a car accident claim?

The majority of claims never go to court because they are settled before they reach the trial stage. In some cases, however, insurance companies are unwilling to settle for a fair amount, and a case will move forward to trial. If the case goes to trial, experienced trial attorneys will explain how the trial process works, which will ease some of the nervousness that might accompany a personal injury case.

Automobile accidents are all too common in Fort Worth, Texas. The aftermath of the crash can be as difficult as the crash itself.